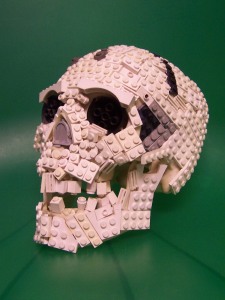 I think the improved weather has affected my mood – either that or the prospect of a weekend filled with bass, beer and BBQ is getting me over excited. With this in mind there’s an upbeat flavour to this weeks tuneage – just for a change. Right, enough blathering, heigh-ho, let’s go!

I’ve been a tOtALcULt fan for a wee while now, and this little steppin’ bouncy reggae/ska number from him only reinforces that, especially when it’s a free download. Cyaan Rock Steady just sounds like a summer BBQ party in full swing – burgers crisping to a nice even cinder, skin turning a beautiful shade of lobster red, cold beers on the go, dancing round your back garden like a muppet. Top work.

Track two is on a more funk based tip this week. I’ve got a couple of tracks which have been touched by the hand of Valique, and this Flatwound track hits show evidence of the same dancefloor friendly vibe he bought to his work with The New Mastersounds and Pulpfusion. Wacka-wah funk guitar – check, picked bass guitar that you can’t help but visualise baing played by a bloke from Harlem with an Afro the size of a small family hatchback – check, odd film samples … erm check (yes I know this isn’t a standard funk requirement but trust me it works on this one). Wrap your ears around this bad boy.

Last one this week is a dutteh as you like number from UK hip-hop legend, Stig of the Dump. As a rule, I don’t like a lot of dubstep beats, and I’m even less likely to like ones with some jumped up 15 year old MC yammering over the top of it but with Stig involved, you know it’s going to be propah

All of That is the big man at his best. The lyrical flow is top notch, with a properly nicely burbling bassline and a random Bollywood sample dropped in for good measure. Can’t wait for a proper system to rinse with this one … Let me see your screwface!

Obsessive music nerd for since his formative years, Sherlock Ohms finally pulled his finger out and started inflicting his collection of Funk, Soul, Hip-hop, Reggae, Breaks, Beats and random ephemera on the unwitting public in mid-2008. Since then he's graced the airwaves of Big Chill FM and Purple Radio, the stages of the Festinho festival, and the DJ booths of the UK fluffing for the likes of DJ Moneyshot, Boca 45 and Ugly Duckling. Whether it's early morning chilled wig outs, or eclectic party starting beat fests there's a reason they call him 'No Shit Sherlock' END_OF_DOCUMENT_TOKEN_TO_BE_REPLACED
This entry was posted on Thursday, June 30th, 2011 at 11:39 am and tagged with Flatwound, Sherlock Ohms, Stig of the Dump, Three on a Thursday, tOtALcULt, Valique and posted in Three on a Thursday. You can follow any responses to this entry through the RSS 2.0 feed.
« Palov / Trouble (feat. Lady Faye)
Three on a Thursday #23 »