Ho-ho-ho, Merry Christmas, and all that jazz. Come and let Santa unload his bulging sack of tunes all over your ears (ewww…)

Right, just to state this will not be a ‘three of the most tenuous Christmas themed bootlegs that I’ve had inflicted on me this week’. It will be a proper Three on a Thursday, with quality tunes.

END_OF_DOCUMENT_TOKEN_TO_BE_REPLACED

Johnny Pluse / This Will Twist Your Head

As its the festive season, there are a whole load of DJs giving away the the odd track to the masses, like the crumbs swept from their beat laden table, but Johnny Pluse  has gone the whole Christmas Turkey and dropped an entire albums worth of tracks on us poor paupers.

If you’re the kind of person who doesn’t have enough twisted wobbly versions of well known tracks, Mr Pluse is ensuring festive bounty, with the 14 tracks on This Will Twist Your Head covering an eclectic set of source material from the 70’s to the  present, from the well known to the wtf?

All are pretty tidy, and manage to pack in a stupendous amount a familiar samples, beats, breaks and cuts.  The pick of the bunch from the album for me are the thoroughly chopped and sliced take on DJ Formats 33% B-Boy

Preview of the entire shebang below and a free download here 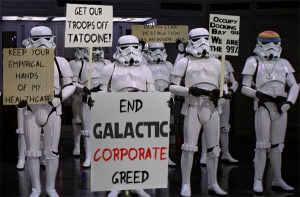 Wow – that was a week and a half, wasn’t it? All I did was post a brief review of the Ghetto Funk boys latest, and I end up with about 3 months worth of traffic in 3 days … shame I don’t have my own advertising on here, I could’ve bought at least half a pint of Mild with the proceeds.

Still, hopefully all this increased interest should up the views in this weeks three little ditties I’ve got lined up

END_OF_DOCUMENT_TOKEN_TO_BE_REPLACED

If you like bouncy beaty breaky goodness, and haven’t been living in a cave for the last week, you’ll be aware that those nice chaps at Ghetto Funk HQ have given us an early Christmas present in the form on the follow-up to their ground breaking ‘Icons’ album.

For some unknown reason, I took it upon myself to review the whole shebang -who says I’m at a loose end on holiday from work, eh?

Sadly I ran out of beer, and split this into a game of two halves – I’ve gone all Motson haven’t I …

(for part one covering tunes 1-10 look here, for the ‘missing’ tracks, I covered them in my first look blogpost)

END_OF_DOCUMENT_TOKEN_TO_BE_REPLACED

After the quite staggering reponse to the last Ghetto Funk presents: Icons Remixed Vol. 2 related post I made a few days (about three months traffic to the blog in three days, and more comments and links that I’ve had in a while) I thought I’d give the people what they want and do a full review of the release, especially since a stack of videos have dropped for them as well.

This has nothing to do with the fact that I’m on holiday from work at the moment, and have little else to do with my time … honest.

Right-ho – sixteen more lovely wobbly, breaky, beaty stuffed morsels to go- I feel like Greg Wallace after a sentence like that.

(yes, I know the ‘whole damn review pt 1 is a daft name when it’s in two parts, but I don’t really care … tune in tomorrow for the other half)

END_OF_DOCUMENT_TOKEN_TO_BE_REPLACED

I think I’m so excited a little bit of wee came out.

END_OF_DOCUMENT_TOKEN_TO_BE_REPLACED

I fear this one might be a bit of a mad rush – I got distracted by beer (making it for once, rather than just drinking it) and all of a sudden I’ve got an hour to scrawl my feeble attempt at prose before it’s too late  *gasp*

Can it be done?

Will it be done?

END_OF_DOCUMENT_TOKEN_TO_BE_REPLACED

Ah, the delights of playing tunes with your mates, drinking a few beers and then attempting to write a blog post – oh dear …

Get a little excited as I’m writing this one – incoming WHOMP night this Friday at Basement 45 in Bristol. Sadly the front room is mostly house ( 🙂 ), but myself and a few good buddies with be bringing a fat sack of party breaks and beats (as well as some minging knitwear) to rock room two – schaaaaaawing!

Onwards to the tunage!