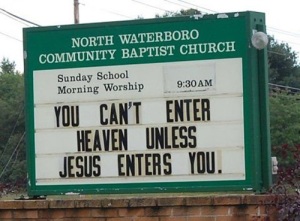 I fear this one might be a bit of a mad rush – I got distracted by beer (making it for once, rather than just drinking it) and all of a sudden I’ve got an hour to scrawl my feeble attempt at prose before it’s too late  *gasp*

Can it be done?

Will it be done?

First up is a ripsnorting Ghetto Funk-ing Hip-Hop sampling monster of a track from Neon Steve. Flipped the Script takes a wicked break courtesy of Eric B & Rakim‘s ‘Don’t Sweat the Technique‘, adds a soupçon of  Pharoah Monch and add a scuzzy, fuzzy dirty bassline that’s guaranteed to smash the dancefloor. Nice.

If you’re ever feeling down, Dr Sherlock’s prescription would be listening to the back catalogue of The Funky Spanking. Every track of theirs I’ve ever heard seems to exude sense of serious fun, and Fireball continues this tradition,  lifting its hook and vocals from the swinging Sixties tune called Sugar Shack by Jimmy Gilmer & The Fireballs and dropping a sweet little break and some silly public information samples over the top. Just try and stop humming that high whistle line once you’ve heard it – who said the Swiss can only do Alpine horns, cuckoo clocks and chocolate …

Last one brings a smidge of an edge to the blog  this week, all in the name of repping South West hip-hop obviously …

There’s been a major uptick in the quality of hip-hop being churned out of cider country recently, with quality tunes being dropped by The Bastard Sunz and Mr Fantastic  and and the excellent news the Aspects are back.

I reckon this lot should be added to this list – Split Prophets are bringing it back on a Graff Tip, with one of the sickest beats I’ve heard in a good while – it might be short, but it’s definitely sweet.

Hat tip to B’tilla for the nod on this one

Obsessive music nerd for since his formative years, Sherlock Ohms finally pulled his finger out and started inflicting his collection of Funk, Soul, Hip-hop, Reggae, Breaks, Beats and random ephemera on the unwitting public in mid-2008. Since then he's graced the airwaves of Big Chill FM and Purple Radio, the stages of the Festinho festival, and the DJ booths of the UK fluffing for the likes of DJ Moneyshot, Boca 45 and Ugly Duckling. Whether it's early morning chilled wig outs, or eclectic party starting beat fests there's a reason they call him 'No Shit Sherlock' END_OF_DOCUMENT_TOKEN_TO_BE_REPLACED
This entry was posted on Thursday, December 8th, 2011 at 11:42 pm and tagged with ASpects, B'Tilla, Bastard Sunz, Breaks, bristol, Eric B, Fireballs, Funk, Ghetto Funk, Hip Hop, Jimmy Gilmer, Mr Fantasic, Neon Steve, Rakim, Split Prophets, The Funky Spanking and posted in Three on a Thursday. You can follow any responses to this entry through the RSS 2.0 feed.
« Three on Thursday #44
Ghetto Funk presents: Icons Remixed Vol. 2 »