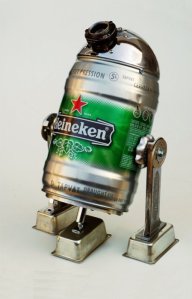 It appears to be that time of the week again where I descend from my Ivory Tower (ok, two up, two down in Bristol) to educate your ears with the newest good shizzle to hit mine.

Many thanks for those of you who liked the tunes last week, the Tom Drummond refix hit the Hype Machine Most Popular Blogged Tracks Top10 after I posted it last week, which made me feel like quite the tastemaker – lets see if we can do it again for any of the three below shall we?

First up this week is a track which makes it feel like all this scrubbing through endless hours of tracks worth it. Some weeks I’m not totally convinced by the odd track I post up here, but stumbling across this has definitely made it worthwhile this week. Die and Break lay down a heavy dubby beat, and leave MC Fats and new boy Buggsy (who seems to be hitting the spot with everything he does at the moment) to drop some righteous bars on Peace & Dub.

In the word of B’tol from the Bastard Sunz, “If I was asked to summarise what Bristol means to me in four and a half minutes… I would show this. Just brilliant.” Same here chap, same here …

It drops on an EP entitled “Grand Funk Hustle“, due out on Digital Soundboy soon

(and yes, that is Skream attempting to hump the decks at 3.42 in)

It’s been a while since I’ve picked a straight up and down soul track for Three on a Thursday, with the closest recently being ToT #39 and Zenit Incompatible tune in fact, so I though t it was about time I returned to my roots for one.

Lee Fields started churning out deeply soulful tracks since the late 60’s, and has been churning out the tunes since. More recently he’s found wider recognition thanks to collaborations with Sharon Jones and Dap Kings on their quite frankly, utterly storming album

You’re the Kind of Girl is based around a neat little guitar hook and horn stabs combo, giving you a timeless soul classic, which Lee absolutely nails with this paean to his missus.

I defy you to listen to this and not smile …

Last up this week is the latest track from some good mates of mine, Belleruche. Stormbird is a electro-tinged chugger from the Tru Thoughts based  trio, with Kathrin channelling ‘vamp’ on the vocal.

This one drops in early March – keep your ears peeled.

(oh, and as this is the first time that I’ve covered their work since the event, congrats to the bands guitar & bass wrangler Mr Ricky Fabulous on the occasion of his nuptials, hope you and Kat  had a cracking day)

Obsessive music nerd for since his formative years, Sherlock Ohms finally pulled his finger out and started inflicting his collection of Funk, Soul, Hip-hop, Reggae, Breaks, Beats and random ephemera on the unwitting public in mid-2008. Since then he's graced the airwaves of Big Chill FM and Purple Radio, the stages of the Festinho festival, and the DJ booths of the UK fluffing for the likes of DJ Moneyshot, Boca 45 and Ugly Duckling. Whether it's early morning chilled wig outs, or eclectic party starting beat fests there's a reason they call him 'No Shit Sherlock' END_OF_DOCUMENT_TOKEN_TO_BE_REPLACED
This entry was posted on Thursday, January 12th, 2012 at 10:35 pm and tagged with B'Tol, Bastard Sunz, Belleruche, Break, Buggsy, Dap Kings, Die, Digital Soundboy, Lee Fields, MC Fats, Peace & Dub, Peace and Dub, Sharon Jones, Stormbird, Tru Thoughts, You The Kind Of Girl and posted in Three on a Thursday. You can follow any responses to this entry through the RSS 2.0 feed.
« Ctrl-Alt-TheBeat with Sherlock Ohms ~ 3rd Jan ’12
Blend Mishkin / Mama Proud E.P. »