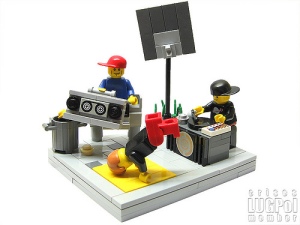 I’m getting worse at this remembering to blog tunes for you mob on a Thursday don’t I? With one thing and another, specifically an almost two-year old thing, I rarely get the sort of long stretches of unbroken time in which I can finely hone a blog post for you …

First up is a wicked little number from one of my favourite producers of the moment, Roast Beatz, with a legend of UK Hip-hop who also seems to be on a serious run of form, Mystro aka Mys-Diggi. Pour Me is a party starting paen to one of my favourite things, hitting the pub.

Dropping on Luxury Boom Bap For The Eclectic B Boy released on  Boogie Boutique soon.

I’ve you’ve ever seen a Three on a Thursday, to know I’m a sucker for some soulful hip-hop nonsense, and Balance from Sean Haefili  had the required in shovelfuls. Combining a smooth little piano line with a Blue Note-esque trumpet line and a this is quite brilliant

The track features on the Sound Strategy EP, which is available from Sean’s Bandcamp (despite apparently being released in 2008!)

Last up is a new track from an old friend, Mr Bird who chucks us yet another of of his epic, Latin infused, hip-hoppity, genre mangling slices of goodness in the form of some Monkey Funk. Just try an stop your hips twitching to the beat on this one …

If this is your sort of thing, check his newly released Bird, Bird, Bird album for more of the same

Obsessive music nerd for since his formative years, Sherlock Ohms finally pulled his finger out and started inflicting his collection of Funk, Soul, Hip-hop, Reggae, Breaks, Beats and random ephemera on the unwitting public in mid-2008. Since then he's graced the airwaves of Big Chill FM and Purple Radio, the stages of the Festinho festival, and the DJ booths of the UK fluffing for the likes of DJ Moneyshot, Boca 45 and Ugly Duckling. Whether it's early morning chilled wig outs, or eclectic party starting beat fests there's a reason they call him 'No Shit Sherlock' END_OF_DOCUMENT_TOKEN_TO_BE_REPLACED
This entry was posted on Thursday, March 7th, 2013 at 10:12 pm and tagged with Balance, Hip Hop, Jazz, Monkey Funk, Mr Bird, Mysdiggi, Mystro, Nu Soul, Pour Me, Roast Beatz, Sean Haefili, Soul and posted in Three on a Thursday. You can follow any responses to this entry through the RSS 2.0 feed.
« Ewan Hoozami / Fire In Me EP
Three on a Thursday #92 »