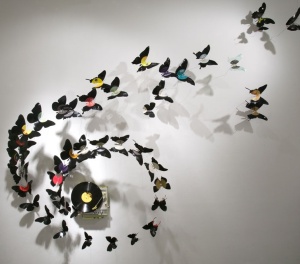 A rush of blood to the head, and a week of rummaging through tunes (and, to be fair, an absence of anyone to go to the pub with tonight) has led to *another* Three on a Thursday.

Two week in a row?

END_OF_DOCUMENT_TOKEN_TO_BE_REPLACED 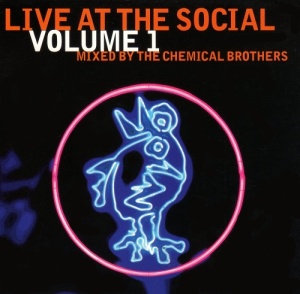 The Chemical Brothers were, alongside the Prodigy, my gateway drug into electronic music and hip-hop, tempting me from the big hair, tight jeans and wailing guitar solos of Def Leppard and Guns n Roses into the far broader beats I’m now more than a little obsessed with

Growing up in the North Midlands, you didn’t really have much choice as to the music you listened to -it was either guitars or guitars. After all we had local heros such as the mighty Noddy Holder and Ozzie Osbourne to look up to, so aside from the few  *ahem* experimentalists who ventured to the heady metropolis that was Birmingham to listen to the cutting edge ‘Trance’ that was on show there METAL was the only respectable option

Then the Chemical Brothers happened.

I don’t know why it was acceptable for little indie kids/metallers like us to like ’em, but I  still remember sitting around with mates listening to the Chem’s seminal debut album, air scratching (cringe) at In Dust We Trust, and being sucked in by the braincrushing  beats, driving Techno tinged basslines and eclectic samples – given the strictures of ‘commercial dance’ music of the time this was an utterly different beast, and something completely new to our parochial little corner of the world.

Live at The Social is exactly what it says – a live recording of  Ed and Tom at The Social in Islington, which was a case of, and I quote the CD liner,  ” get a back room in a dirty old boozer on a Sunday night. Get a pair of DJs who were more renowned for their party rockin’ than their fluid mixing. Get guests , anyone and everyone from pop stars to shit hot DJs and get them to play their favourite records. The only rule – our guys go on last. Build up your own anthems, find new heroes, find your own stimulants. You think you’ll get maybe 70 people, but after 13 weeks when you call it a day, you’re turning away 700. ”

Dang, I wish I was a few years older at the time, as this sounds right up my street.

Despite it’s short duration it had a huge following and some seriously influential people turned up, with Bjork, Primal Scream and one pre- Fatboy Slim Norman Cook being in attendance, and buying into the Big Beat thing.

From the faded in sample warning of ‘mind-bending chemicals’, via the electro hip-hop of DJ Cash Money and Marvellous / Mighty Hard Rocker, to their homebrewed remix of The Charlatans Nine Acre Court, entitled Nine Acre Dust, to the classic New Orleans funk cut We’re Doing It (Thang) by Eddie Bo it’s quality all the way through.

Rapid one this week, my dear darling daughter has *finally* gone to sleep.

Just as heads up,I’m going to try and be a smidge more active on the blogging front – I’ve been a bit slack recently, so best sort it out, eh?

Keep your eye peeled, there’s a couple of bits and pieces in the pipeline.

END_OF_DOCUMENT_TOKEN_TO_BE_REPLACED 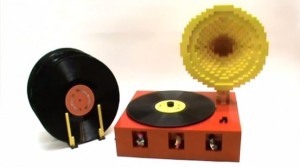 I was seriously considering doing a ‘Room 101’ style Three on Thursday this time round, highlighting 3 tracks I just can’t abide and ceremonially locking them away for eternity.

Thing is, that would have entailed trawling through a sack of utter dross from the Tweetie Song to anything Abba have ever written, rather than actually listening to tunes, y’know, I might actually like…