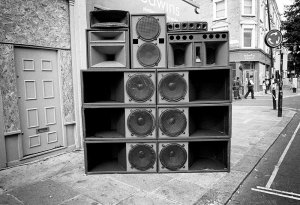 Back after a week off, blessing your ears with bars, beats and a couple of lovely slices of chilled electronic nonsense …

Come on then, don’t just stand there.

It wouldn’t be a ToT without at least one track with a bit of a hip-hop edge to it, and this weeks candidate comes from the Young Black Teenagers, who aren’t black, and aren’t teenagers.

Oh how witty those early 90’s rappers were.

Aside from the slightly crass name, Tap the Bottle (Twist the Cap) is a proper bouncing hip-hop party number, with a big shout along chorous  in the vein of Jump Around. Now where’s that beer?

If so, wrap your ears round Starwalker, featuring Jean-Benoit Dunckel  from the forme and Bardi Johannsson from the latter. Losers Can Win is a spaced-out , glitter drenched downtempo slice of spaced out loveliness, as you’d expect.

Last one this week sticks in the slightly trippy electronica note, but this time from someone utterly new to me, Helfer.

I’ll admit, I did open the email fearing this was a new track by urban folksters, Hefner, but was pleasantly surprised by the chilled out housey vibe which lay within.

Designs does the hazy upbeat somewhere-in-a-festival-field-on-a-sunny-evening kinda vibe really quite nicely I reckon.

Obsessive music nerd for since his formative years, Sherlock Ohms finally pulled his finger out and started inflicting his collection of Funk, Soul, Hip-hop, Reggae, Breaks, Beats and random ephemera on the unwitting public in mid-2008. Since then he's graced the airwaves of Big Chill FM and Purple Radio, the stages of the Festinho festival, and the DJ booths of the UK fluffing for the likes of DJ Moneyshot, Boca 45 and Ugly Duckling. Whether it's early morning chilled wig outs, or eclectic party starting beat fests there's a reason they call him 'No Shit Sherlock' END_OF_DOCUMENT_TOKEN_TO_BE_REPLACED
This entry was posted on Thursday, February 20th, 2014 at 10:21 pm and tagged with Air, Bang Gang, bldg5, Designs, Downtempo, Helfer, Hip Hop, Starwalker, Tap The Bottle, Twist the Cap, Young BLack Teenagers and posted in Three on a Thursday. You can follow any responses to this entry through the RSS 2.0 feed.
« Three on a Thursday #115
Three on a Thursday #117 »