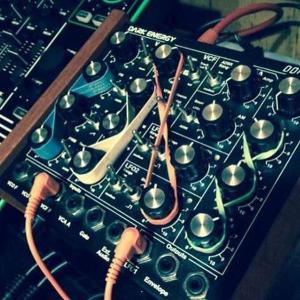 OK, told you it wouldn’t last and it didn’t … so after a couple of weeks off, here’s a belated last weeks ToT …

First beats and pieces this week come courtesy of one of the UKS finest hip-hop DJs, Mr Thing. Many of his sets turn up on Mixcloud, and he’s dropped one from Leeds and there are some total classics on there.

In an amongst the stuff I know well there are a couple of bits that made me prick my ears up, and the best of the bunch was this from the awesomely named Boombaptist, and is called Toucan Wing.

Talk  about being influenced by Dilla, eh …

I tend to run a mile from a hip-hop done by American ‘artists’ with names that read like txtspk or that include random characters in their name making it look like a cat has walked on their keyboard, as it tends towards the overly thugged out autotuned crap that sullies the good name of hip-hop, but at the urging of Bristol Hip-hop’s bad-touch uncle, B’Tilla, I had a listen to the latest Joey Bada$$ album, and it ain’t half bad

Standout track for me is  Like Me, featuring the slightly unfortunately named BJ the Chicago Kid, which has a definite boombap feel to it and some nice soulful strings and horns to lift it from the norm.

Last one this week is a classic piece of funky soul. I know  ‘Hard to Handle’ from the recent reboot by The Captain and from the original by Otis Redding, but didn’t know the un-fiddled-with Patti Drew version. Have a listen – it’s pretty damn tidy

Obsessive music nerd for since his formative years, Sherlock Ohms finally pulled his finger out and started inflicting his collection of Funk, Soul, Hip-hop, Reggae, Breaks, Beats and random ephemera on the unwitting public in mid-2008. Since then he's graced the airwaves of Big Chill FM and Purple Radio, the stages of the Festinho festival, and the DJ booths of the UK fluffing for the likes of DJ Moneyshot, Boca 45 and Ugly Duckling. Whether it's early morning chilled wig outs, or eclectic party starting beat fests there's a reason they call him 'No Shit Sherlock' END_OF_DOCUMENT_TOKEN_TO_BE_REPLACED
This entry was posted on Monday, March 16th, 2015 at 9:50 pm and tagged with B'Tilla, B'Tol, BJ the Chicago Kid, Boombaptist, J Dilla, Jdilla, Joey Bada$$, Joey Badass, Like Me, Mr Thing, Otis Redding, Patti Drew, TOucan Wing and posted in Three on a Thursday. You can follow any responses to this entry through the RSS 2.0 feed.
« Three on a Thursday #120
Three on a Thursday #122 »