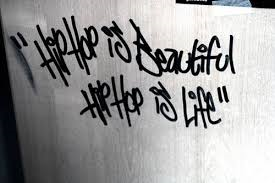 Still it’s to your benefit, as I was out watching two of Bristol’s finests funk DJs at The Lanes last night – The Allergies and Boca 45 (guys, it was lovely to see you lot again)

I was rummaging through old UK hip-hop albums today, and stumbled across and early Dr Syntax album I hadn’t heard before, Self Taught.

I read about it on a hiphop blog a couple of weeks back, largely in the context of a track called Subcultures and how there’s an updated version knocking about, but after a listen through the track that stuck out for was Max Miller – the beat is pretty simple, but it’s the lyrical dexterity that hits you – especially when its delivered in such laconic style

Next up is a EPIC cover of a The Jacksons Shake Your Body by Suzy Brown, as dropped by Boca 45 last night.who does a wonderful job of reggae-ifying the original –  I do like the stuff that Mukatsuku drop, and this is a belter.

(I’ve just looked through to the vinyl version of this one, and discovered I’ve recommended the flip side of this in ToT #123 …)

Last one this week was also from the gig last night, this time dropped by The Allergies. I know some of 70’s funk group War‘s work, most famously Low Rider, but I’d not heard Me And Baby Brother. What a proper funk stomper.

Obsessive music nerd for since his formative years, Sherlock Ohms finally pulled his finger out and started inflicting his collection of Funk, Soul, Hip-hop, Reggae, Breaks, Beats and random ephemera on the unwitting public in mid-2008. Since then he's graced the airwaves of Big Chill FM and Purple Radio, the stages of the Festinho festival, and the DJ booths of the UK fluffing for the likes of DJ Moneyshot, Boca 45 and Ugly Duckling. Whether it's early morning chilled wig outs, or eclectic party starting beat fests there's a reason they call him 'No Shit Sherlock' END_OF_DOCUMENT_TOKEN_TO_BE_REPLACED
This entry was posted on Friday, April 14th, 2017 at 5:02 pm and tagged with boca 45, Dr Syntax, Funk, Hip Hop, Max Miller, me and baby brother, mukatsuku, regae, shake your body, suzy brown, The Allergies, the jacksons, the lanes, UK HIp Hop, war and posted in Three on a Thursday. You can follow any responses to this entry through the RSS 2.0 feed.
« Three on a Thursday #133
Three on a Thursday #135 »