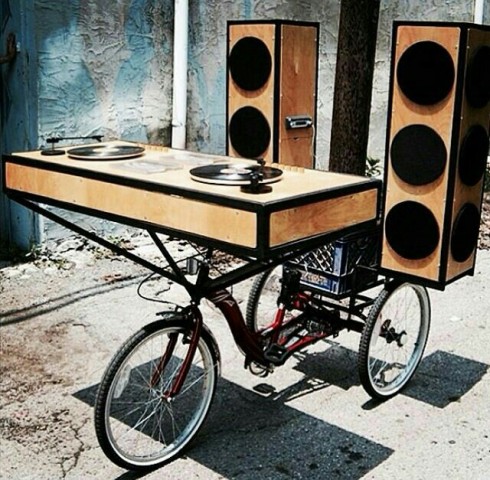 Aaaah, and I’ve recovered – spent the weekend awake in the early hours of the morning, and went to three different parties …. unfortunately, the parties were all for kids under 6, and the sleeplessness was due to the youngest being awake half the night.

First track by The Burning Hell was one I heard on Radio 4 *ahem* this really cool and hip radio station, you probably won’t of heard of, the the sheer wittiness of the lyrics, which stand in stark contrast to the slightly twee folky stylings.  If Nick Cave was more into hip-hop and brass lines it’d probably sound like Fuck The Government

Next up is a bit of a late breaking entry, courtesy of Purple Radio’s Remote. I’d not heard of Those Norwegians before (these specific ones I mean, I know Norwegian people, obviously) and their wonderfully misheard Da Kingue D’Mazda has a  groove a mile wide … turn it up, imagine it’s 3am in a dingy smoke filled club , get your head down and your chug on ….

Last up this week is a beautiful reboot of a Nawlins classic from Robert Parker given the  by The Allergies. Everybody’s Hip Huggin is given a lovely little dancefloor friendly spin, a few choice vocal samples, a tasty beat and a quick  tighten up and you’ve never guess it’s 50 years old …

Out now on Superjock Records

(the flip from Professor Shorthair isn’t bad either)

Obsessive music nerd for since his formative years, Sherlock Ohms finally pulled his finger out and started inflicting his collection of Funk, Soul, Hip-hop, Reggae, Breaks, Beats and random ephemera on the unwitting public in mid-2008. Since then he's graced the airwaves of Big Chill FM and Purple Radio, the stages of the Festinho festival, and the DJ booths of the UK fluffing for the likes of DJ Moneyshot, Boca 45 and Ugly Duckling. Whether it's early morning chilled wig outs, or eclectic party starting beat fests there's a reason they call him 'No Shit Sherlock' END_OF_DOCUMENT_TOKEN_TO_BE_REPLACED
This entry was posted on Thursday, November 23rd, 2017 at 9:54 pm and tagged with allergies, chug, da kingue d'mazda, folk, Fuck The Government, funk groove, hip huggin, Hiphop, House, New Orleans, robert parker, superjock, superjock records, The Allergies, The Burning Hell, those norwegians and posted in Three on a Thursday. You can follow any responses to this entry through the RSS 2.0 feed.
« Three on a Thursday #153
Three on a Thursday #155 »