Sorry it’s a bit late but here’s my last show, warts ‘n all.

You should know the drill by now – some funk, some reggae, some beats, some breaks, some bleeps.

Get involved (below the fold obvs)

END_OF_DOCUMENT_TOKEN_TO_BE_REPLACED

Hip to the Hop #2 on Purple Radio tomorrow night!

This is my second appearance on this slot, with the first being one of my most popular shows, garnering over 1000 plays on soundcloud, a feature on the the Ghetto Funk blog, courtesy of the Funk Hunters, and lots of nice comments from randoms to fluff my already overactive ego, so this one better be a worthy successor eh?

Here’s a link to what you missed last time … 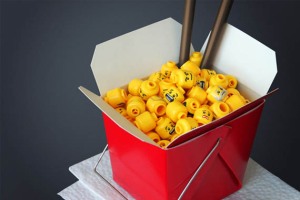 Ahoy kids, it’s that time of the week  where I bless your ears with three of the best  tunes that I’ve stumbled over in the previous week. Aren’t you lucky?

Brace yourselves, I’m going in dry!

END_OF_DOCUMENT_TOKEN_TO_BE_REPLACED

I did think of doing a ‘Heinz 57’ inspired mega-dig for tunes, but to be honest doing 6 last week was tiring enough, so lets just still to quality not quantity, eh? END_OF_DOCUMENT_TOKEN_TO_BE_REPLACED

Here we are guys and gals, after a brief hiatus caused by my galavanting around the world, another Ctrl:Alt:TheBeat for you with tracks from Dirty Dike, DJ Rudd, Roast Beatz, The Funk League and whole host more.

(many thanks to Stu ElevenThirtyEight for playing it out for me)

END_OF_DOCUMENT_TOKEN_TO_BE_REPLACED

Just a quick post to say ‘ta’ to the guys from WHOMP! for having me on Saturday. As you can tell from the photos below it was a pretty large one …

(props to Si Mcdonnell for the photos)

Ah, the delights of playing tunes with your mates, drinking a few beers and then attempting to write a blog post – oh dear …

Get a little excited as I’m writing this one – incoming WHOMP night this Friday at Basement 45 in Bristol. Sadly the front room is mostly house ( 🙂 ), but myself and a few good buddies with be bringing a fat sack of party breaks and beats (as well as some minging knitwear) to rock room two – schaaaaaawing!

Onwards to the tunage!

END_OF_DOCUMENT_TOKEN_TO_BE_REPLACED

Been a while since I’ve posted one of these, what with one thing and another … still, hope you guys like it.

END_OF_DOCUMENT_TOKEN_TO_BE_REPLACED

Evening all – apologies for the lateness of this week’s Three on a Thursday – the bad thing about buggering off to Cornwall for a long weekend means that the work piles up for my return. ICK. Never fear though, Three on a Thursday is still here to warm you up for the weekend.

I’d also like to say ‘ta!’ to the Funk Hunters for featuring my Hip to the Hop mix on their weekly mixtape dig! – I wondered why the number of listens it was getting had shot up today …

If you like this kind of thing, I’m playing at Timbuk2 for the Dub Box Summer Sessions this Friday, giving it some red-hot room 2 action, so pop down and say hello if you’re about

END_OF_DOCUMENT_TOKEN_TO_BE_REPLACED

Hip to the Hop with Sherlock Ohms

Here’s my ‘stand in’ slot from 23rd June – someone who was down to play the slot did a no show, so I jumped into the gap and winged it a little – great to play straight up and down hip-hop bangers, must do it more often.